For six-time Grammy nominated singer-songwriter, Tamia, “Music is just a part of me and everything I do, every step that I take.” The Canadian-born vocal powerhouse has lived by that mantra for a career spanning over two decades and solidifying her as one of the most recognizable voices in R&B music.

Tamia’s voice has become synonymous with the new definition of soul and spawned hits like ‘You Put A Move On My Heart’, ‘Stranger in My House’, Officially Missing You, ‘So Into You’ (later re-recorded with Fabolous in 2003), and the 2012 hit single ‘Beautiful Surprise’.

Tamia’s first big break came when she collaborated with celebrated music producer Quincy Jones on the classic album Q’s Jook Joint in 1998, followed by the release of her self-titled debut. The debut album earned her two Grammy nominations; Best Female R&B Vocal Performance for ‘You've Put A Move On My Heart;’ Best R&B Performance By A Duo Or Group with Vocal for "Slow Jams" featuring Babyface, and Best Pop Collaboration with Vocals for her work with Brandy, Gladys Knight and Chaka Khan on the single ‘Missing You’ from the Set It Off soundtrack. Tamia’s star continued to rise in early 2000 after winning an NAACP Image Award for her chart-topping collaboration with fellow R&B singer Eric Benet, Spend My Life With You, which was also nominated for a Grammy award that year. As anticipated, Tamia’s next few albums would be brimming with timeless music that perfectly encapsulated her unforgettable vocal abilities.

With the release of Tamia's fifth studio album Beautiful Surprise, the singer explored various genres of music, blending her special passion with each style and making them her own, showing her creativity as an artist. The album earned Tamia another two Grammy Awards in 2013: Best R&B Song and Best R&B Album for Beautiful Surprise, a first for a Canadian artist.

A modern day woman and matriarch, Tamia balances her artistry and career with being a supportive wife to husband and NBA Hall of Famer, Grant Hill and a loving mother to her two daughters. Together, Tamia and her husband created The Grant Hill and Tamia Foundation where they continue to be recognized for their philanthropic involvement with several charities. Tamia is also the founder of Plus 1 Music Group, which successfully released three studio albums Between Friends, Greatest Hits and Beautiful Surprise.

Tamia’s beautifully crafted sound is a reflection of her many inspirations and her innate ability to master genres from R&B and neo soul, to gospel, jazz and hip hop soul. “After 20 years I continue to be inspired by the places I visit and the people I meet, which allows me to include a piece of my experiences in the art I create.”

After signing with Def Jam Recordings in the summer of 2014, Tamia immediately began working on her sixth studio album collaborating with an impressive list of hitmakers. The sultry vocal stylings sift perfectly into the R&B melodies of production offered by some of the most notable producers in the music industry. 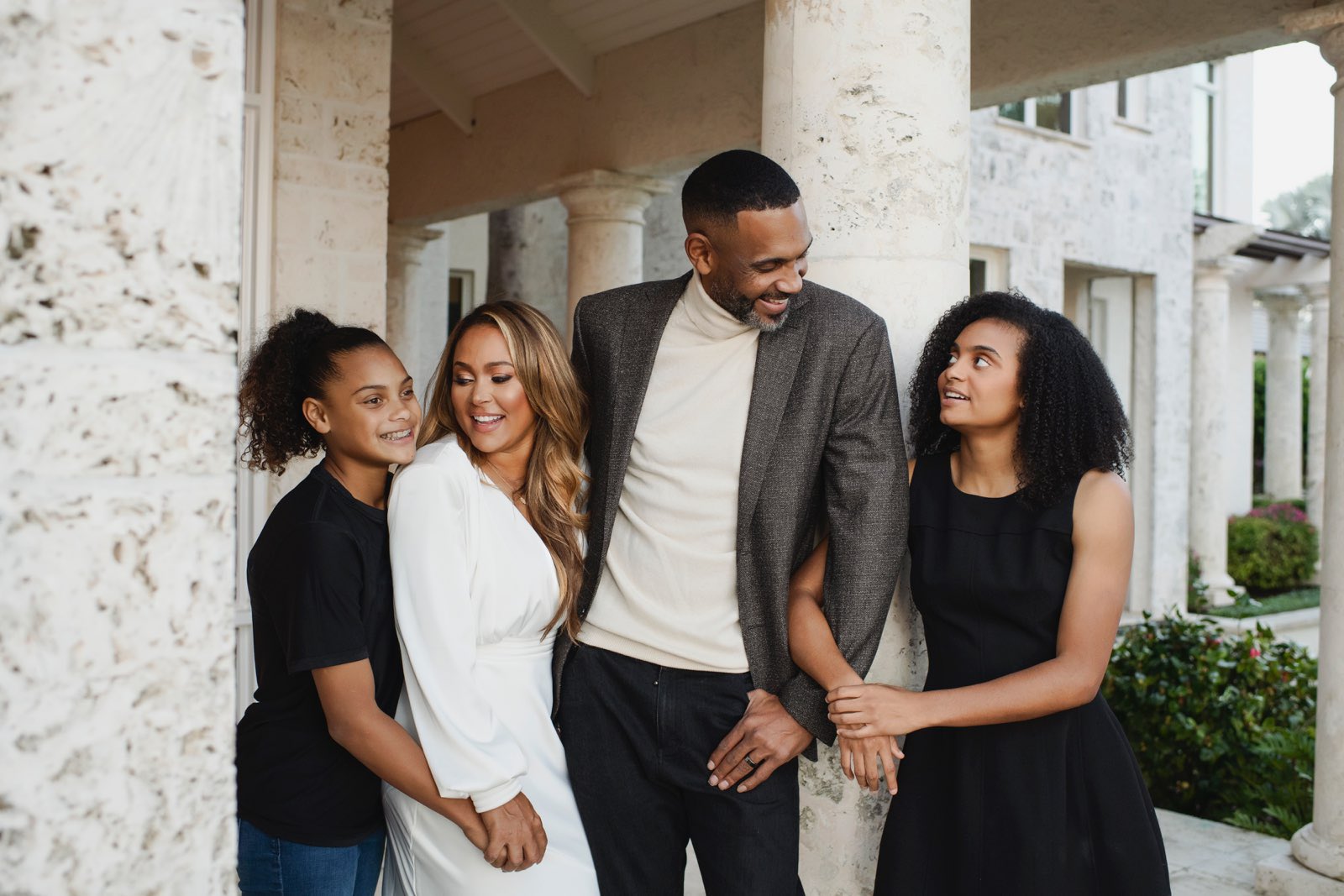 Tamia and Grant Hill have been happily married since 1999. In 2002, they welcomed daughter Myla into the world. In 2007, their family grew again with the birth of their second daughter, Lael Rose.

Tamia and Grant have remained a strong couple through two life-threatening illnesses in a single year. In 2003, Grant contracted a potentially fatal infection, MRSA, in his ankle. During his six months of recovery, he noticed that information on the infection was hard to come by, which led to Grant’s great support to increase awareness of the deadly infection. The same year, Tamia was diagnosed with Multiple Sclerosis (MS), a disease which disables the brain and central nervous system. In 2005, Tamia began speaking out about her struggle with MS, and has successfully been able to control the condition with diet, exercise and medication.

Grant and Tamia have solidified their lasting relationship with a mission statement through their family brand – the Hill Brand – which stands for intelligence, integrity, character, leadership, triumph over adversity, grace, charisma, family, success, credibility and likeability. Both Tamia and Grant recognize the gift they’ve been given to represent such incredible stories of success and triumph over adversity to others, and the Hill Brand was established to uphold the values the couple finds most important personally and professionally.